The recent awards won by Mangatawa Tari exemplify how a good ‘design and build’ project works, with a strong collaborative approach with our client, design team and sub-contractors.

After the sheep shearer’s building which housed the Mangatawa Papamoa Blocks Incorporation office burned down in 2015, chairperson of the trust Kevin Haua and general manager Paula Werohia knew their new administration building needed to be something special.

They engaged Form Building & Developments to facilitate the complete design and build of a new building. After receiving the initial brief, Andy Dew from Form invited First Principles Architects & Interiors’s architect Graham Price to go for a drive to the top of Mangatawa Maunga.

While gazing at the stunning view, Kevin narrated the Legend of Mangatawa.
“Long ago,” says Kevin, “a whale and her baby swam into the Tauranga Harbour, past Mauao and Te Moutere o Matakana to Te Papa, past Matapihi and on towards Maungatapu.

“They found the water getting shallower, so decided to return to the deep. However, they went in the wrong direction, heading into the Rangataua arm of the harbour between Matapihi and Maungatapu. 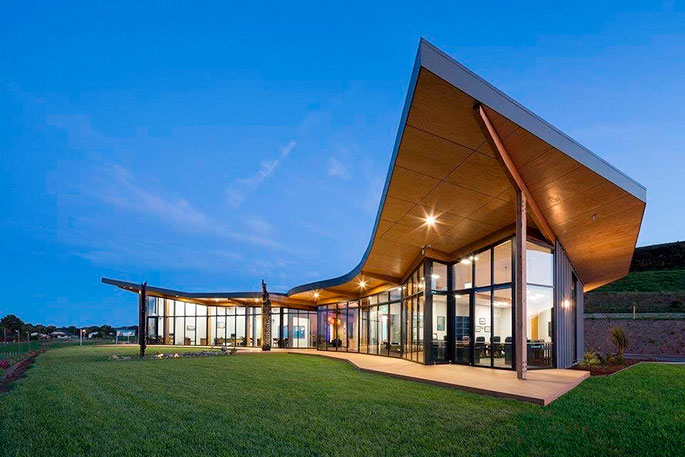 “Hearing waves pounding on the Omanu and Papamoa beaches, they struggled to find their way to the open sea over the mudflats. Tired and thirsty, they stopped to drink from a spring. Not knowing it was magic they turned to stone.

“The mother whale became fixed, gazing northward with the baby nestled beside her. The father whale came in search of his family and found them turned to stone. He too drank from the spring, became fixed behind the mother and baby whale, and is known as ‘Kopukairoa’. The mother whale, ‘Mangatawa’, lies at the southern end of Rangataua Bay with the baby whale, ‘Hikurangi’, nestled beside her.

“At the base of ‘Mangatawa’ is a spring.
Sometimes the water flowing from it appears whitish, and is said to be the milk of the mother whale or ‘Te Wai o te tohora’."

Graham was inspired by Kevin’s depiction, which laid the path for the creative process and the initial presentation of with imagery and ideas. 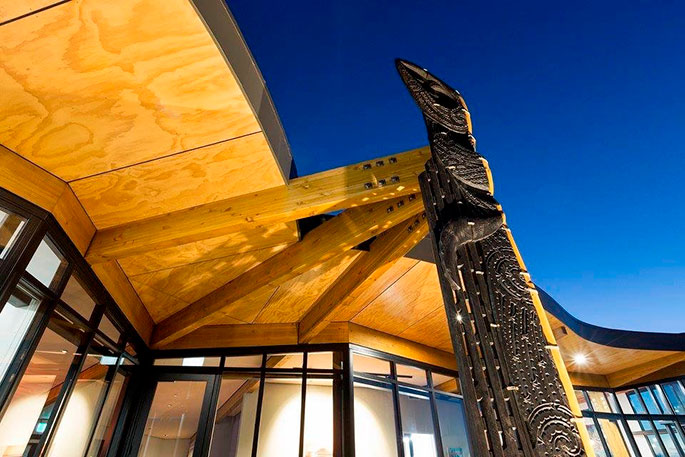 Andy knew working closely with the architect would be able to assist Form in capturing and bringing to life vision and brief from Mangatawa.

Graham drafted some sketches of the whale family, which he simplified into his concept of the “ baby whale’s tail’. Kevin and Paula immediately responded. “That’s it!”

“The time spent at the front of this project is vital,” says Andy. “Ensuring all parties involved were correctly positioned and held the necessary skillset to deliver what would be one of Tauranga’s leading commercial projects for 2016.”

“We have a strong pool of contractors and consultants and often negotiate where possible, moving away from the typical tender method, particularly when the contractors are required to provide their design input. There is good open communication and high level of trust required with the team and sub-contractors, because they also take on risk by providing a fixed sum up front based on building areas and concept designs."

Based on these initial sketches, Form provided a Design and Build Lump Sum Price and pulled the entire team together including the architect, consultants and contractors.
Master carver James Tapiata was engaged directly by Mangatawa, with the Form project team involving him from early on, as the three whale Pou were embodied in the concept and needed to be integrated into the building.

During the excavation numerous archaeological features were identified including postholes, fire scoops, hangi and kumara pits. These features suggest the area was utilised for cooking and storage.

The opening of the building was a proud moment and significant achievement for Form and their team. 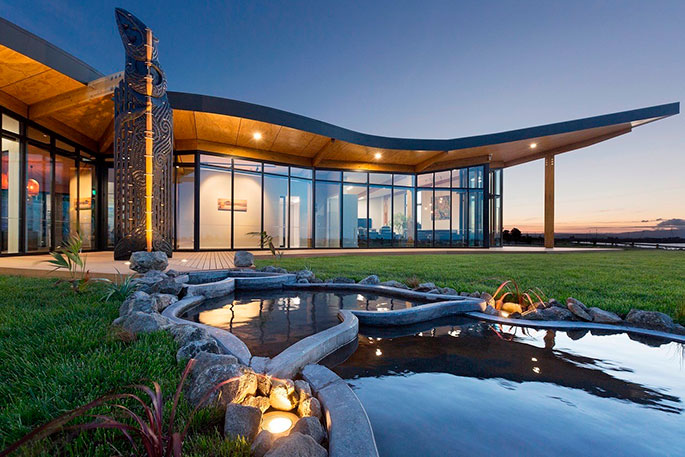 Mangatawa Tari was successful in winning three top NZ Commercial Project Awards at
the national awards ceremony, held in Auckland in May.

Set up by the Registered Master Builders the Awards have been designed by a group of commercial contractors who are committed to celebrating excellence in their craft. They aim to promote and encourage excellent building processes and practices, celebrate the craftsmanship required in delivering a superior commercial project while promoting the wider team, and promote the contractors’ contribution to the construction relationship.
Form Building was praised for delivering a landmark building and representing the true essence of NZ design and construction. The project won a Gold Award-NZ Commercial, the Value Award-NZ Commercial Under $2 million and a National Commercial Special Award.

The judges’ comments acknowledged the inspiration for the building stating “This legend drove a design in the shape of a whale tail, with a tall sweeping wall of glass facing the spectacular view across the Bay of Plenty. The project took the legend to heart, never allowing practical considerations to water down the concept.
The result is a striking building which is a great source of pride to the community it serves.” 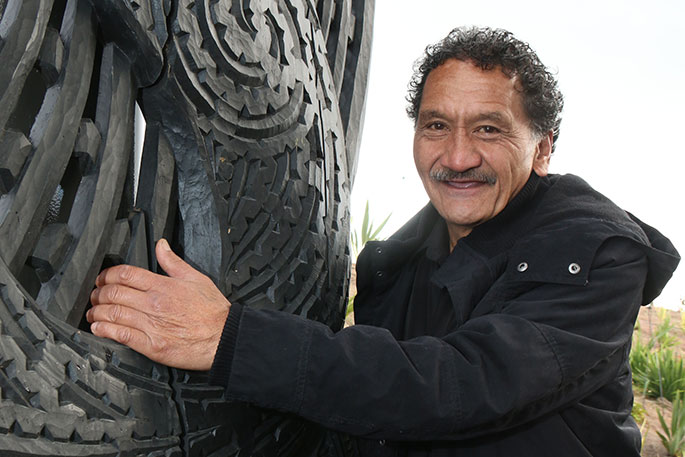 “The positioning and shape of the building gives a sense of wrapping around the landscape and a transparent and welcoming feel for the community, as though it is now their guardian,” says Graham. “This is more than just a building, as it embraces the essence of the Maori culture and its importance to their people.”

Incorporating the story into the building has brought a sense of this being a legacy for many generations to come.