As a previsualisation or previs artist, Omokoroa resident Kyle Ashley works in a part of the modern film industry that many people don’t know exists.

“Your favourite action scene may have started out as some ideas in the mind of a previs artist, based on the film director’s needs,” says Kyle.

“As action and special effects scenes got more complicated and computer based, it was necessary to go one dimension further than storyboards, which are, however, still very much in use.”

The advantage of previsualisation is that it allows a director, cinematographer or VFX Supervisor to experiment with different staging and art direction options—such as lighting, camera placement and movement, stage direction and editing—without having to incur the costs of actual production.

Based in Tauranga and travelling between Wellington and Sydney for work, Kyle has worked on major feature films such as ‘Lord of the Ring’s and ‘The Hobbit’ and more recently ‘Ghost in the Shell’ and the ‘Lego Ninjago’ film, which is due out soon.

“The first previs was probably the ‘speeder bike chase’ from ‘Return of the Jedi’,” says Kyle, “where toys were filmed with a video camera to work out ideas, timing and camera moves. Now it’s done on computer with animation software.”

A good knowledge of camera moves and an understanding of animation are required.

Growing up, Kyle wanted any job that involved monsters. His interest in fantasy films started early when his father took him to ‘Creature from the Black Lagoon’, ‘2001- A Space Odyssey’ and the films of visual effects creator Ray Harryhausen. 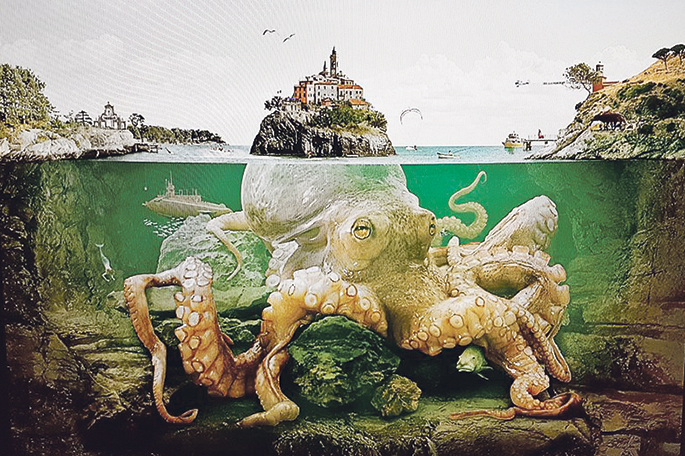 “I would listen to audio cassette tape movies from television, listening to the films over and over like music. I guess it was good training for picturing scenes in my mind.”

Kyle is a long-time user of Maya, with other tools of the trade being After FX for live action, stunt Pre-Vis and shot edits, 3DEqualizer for Post-Vis level work, ZBrush for texture creation and intermediate sculpting, and Unity.

“I was very lucky that Peter Jackson built his production company in New Zealand, instead of leaving for Hollywood like most New Zealand directors. The opportunities opened up from ‘Lord of the Rings’ gave many of us our break to learn new crafts on a film filled with monsters and heroes.”

“I met some of my heroes too, like Ray Harryhausen and Christopher Lee, and worked under heroes behind the camera, who I had read about in Starlog magazine like Randall William Cook, Alex Funke, Alan Lee and Sword Master Bob Anderson.”

Kyle’s previs supervisor, Christian Rivers, passed on his knowledge from many years drawing thousands of storyboard pages at Weta, and was a patient, generous teacher. Christian is currently directing ‘Mortal Engines’ in Wellington.

“Reviewing our previs with director Peter Jackson was a highlight.

He was always encouraging and pushing the boundaries to craft memorable epic scenes.

Sometimes we needed to go on location to get direct feedback. It was magic to step inside the real Bag End, Rivendell, Lake-town and Helm’s Deep, after so many months helping craft the shots on the computer.”

“The skills I gained can be learned online if you can’t afford to go to a teaching institute. Join an online school and try a number of skills.

“The internet is a bottomless pit of distraction, so it requires discipline to work online.

You could form a little group of like-minded people and meet in a cafe, library or shared space. 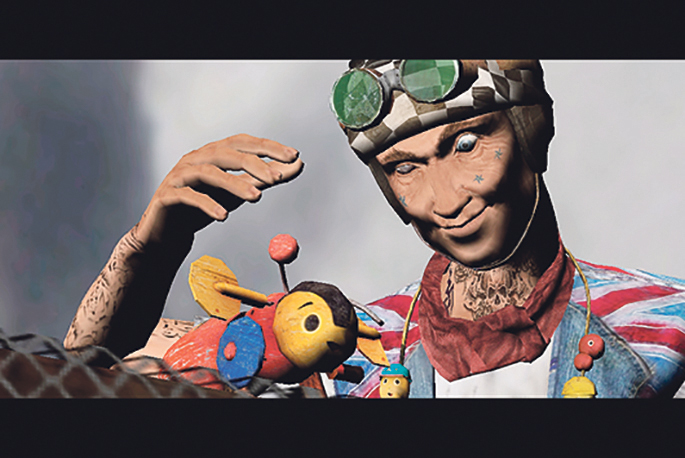 “For ideas, which are the raw material you will need to be original and interesting, you must become a library adventurer. Pick out books at random from all sections – you don’t need to read the whole book. Take notes and pictures too. New worlds will open up as interconnections start to form in your brain, which will grow and be available to pick like magic hybrid fruit. Internet searches are for specific answers, are not random and lack the tactile, multi-sensory quality essential for learning.”

With the Bay of Plenty poised to become the third major film-making location in New Zealand, Kyle is looking forward to seeing more work undertaken here.

BOP Film CEO Anton Steel believes the previs work that Kyle and others do is an essential tool on many levels of the film-making process, saving time and money.

“Pre-visualisation has been an integral part of many of the big budget shoots that I have worked on from ‘The Lion, The Witch and the Wardrobe’ through to more recently

‘Crouching Tiger Hidden Dragon 2’,” says Anton. “When you are working with complicated stunt sequences and/or visual effect-heavy sequences, it is a great way to communicate the vision to the technical crew on the multiple units that have to shoot all the different pieces of the jigsaw puzzle that are later put together to make movie magic.

“The work that Kyle does is integral to making the onset juggernaut flow smoothly and ensure that you are shooting exactly what is needed for the final cut.”