Tauranga, from Mummers to Troupers

This year marks a significant cultural achievement in Tauranga’s theatrical history. It is 80 years since 16th Ave Theatre launched, and the rest, as they say, is history.

“Tauranga was first settled by people who came out from England, who were quite cultured, lawyers, doctors and business people who were used to play groups and theatre productions,” says director and past president Julie Lankshear.

“New Zealand was settled in a different way from Australia. In the very early start of forming our colony, people came out here for a life.”

Some of the traditions brought from England to Tauranga included mummings – skits and acts – at Christmas and on other special occasions. Common in Oxfordshire, this quaint custom included “mummers” who were convivial people wearing masks, some blacking their faces and others dressing “fantastically” going about singing ditties such as “A merry Christmas and a happy New Year, Your pockets full of money and your cellars full of beer”. 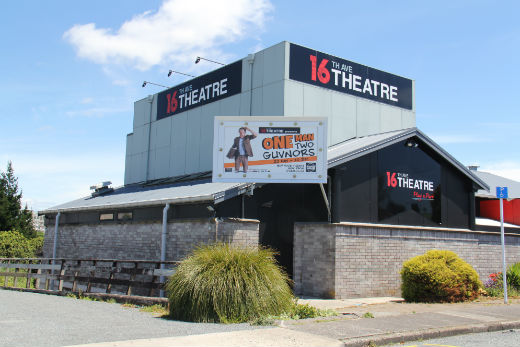 16th Ave Theatre as it is now.

Mumming spread from the British Isles to the British colonies, with mummer’s plays referring particularly to a play where a number of characters are called on-stage; two engage in a combat, the loser being revived by a doctor character.

It’s believed the roots of the Mummers and theatre in Tauranga were laid by the soldiers and their wives at the Monmouth Redoubt Garrison when the area was first opened up to the early settlers in the Bay of Plenty.

According to the National Archives in the Wellington Library, this early group laid claim to being the first in the country to have performed a full-length NZ play, written in 1866, two years after the Battle of Gate Pa. The author was a member of the British Forces who had stayed on here. 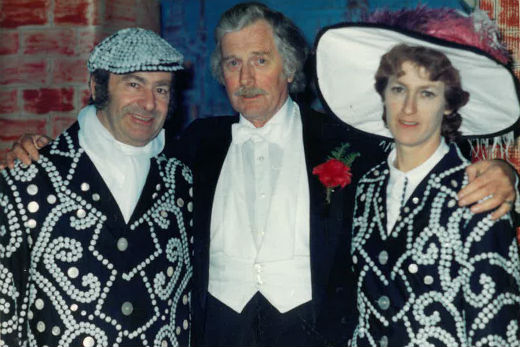 Still operating under the name of The Mummers, the theatre group held its inaugural meeting in September 1936, in the lounge of its secretary, performing two or three shows a year in the town’s civic venues.

Eighty years on, members of the society, or 16th Ave Theatre as it is commonly known, are very proud they’re part of the longest continuously running amateur theatre in NZ. They do state as an aside that Wellington’s amateur theatre formed earlier, but went into recess for a few years.

In the mid-1970s the theatre was in a derelict state of repair. It was given two closure notices, one from the fire department and one from the health department. There were mushrooms growing through the floor, it was ‘stone cold’ and audiences numbered about a dozen people. When Julie Lankshear took over as president, there was $100 in the bank.

She recounts how the arts council in Tauranga came up with the idea it would give $7000 to 16th Ave Theatre on condition a professional company, called The Company, which wanted to start up in Tauranga, could hire the theatre. The Company would do three shows per year, paying $400 per week while performing the shows, and pay their own power.

It was a Hobson’s Choice for 16th Ave Theatre, Julie and the committee had to sign the agreement, or close the doors. They had no choice. Some committee members resigned over it, concerned the professional theatre group would take over. The Company started off with a performance of ‘Glide Time’ which played to packed houses.

“The theatre would have closed but for Julie,” says Zoe Kennedy, another director and past president. “The retiring president actually put up a motion the theatre close. It had just got so difficult to keep it open.

“And Julie said: ‘No’. Some of us stood with Julie. There were only about 16 people at the Annual General Meeting. There was no secretary and no treasurer.

“If it hadn’t been for Julie there wouldn’t be a theatre. She won’t tell you that. But I was there. They owe an enormous amount to Julie.”

Julie says once people started coming through the doors, they continued. “It put a fighting spirit back into the committee.”

“It was almost as if there was a rebirth,” says Zoe. “The right people turned up at the right time until what you saw is what you see today. She virtually saved it. I have enormous respect for Julie.”

From then on 16th Ave Theatre began to run a more business type model, being careful what they spent. The made sure their plays were of a higher quality, hired some professional directors, and gradually built up from that. The big dream though was to rebuild the theatre. 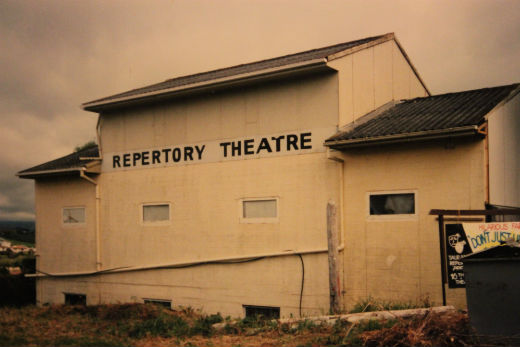 The Company lasted just under 2 years then went into receivership. However 16th Ave Theatre thrived, and squirreled away money, with the initial $7000 paying for fire-proofing the walls in the auditorium, lining the toilets and putting in a sink.

Ultimately though, they knew they needed more space. They drew up plans for a building extension, got quotes, ran jumbo sales, had cake stalls and raffles and scrimped and scraped. Dean Turner, a local architect, came into the theatre, saw their plans, and dived in to help with guiding the committee on how to be their own building contractor.

“Dean became like our saviour,” says Julie. She tells how a loan was obtained through Trustbank, with some of the committee, including herself, stepping up as personal guarantors. People once again resigned, viewing the $14,000 mortgage as a “noose around our necks and we’ll never recover from going into debt.”

This was a big leap for them that resulted in a green room, a “proper” kitchen and a bar. Julie tells how Derek Roser took over from her as president and was a great project manager leading forward the building changes, bringing people together.

Julie still remembers the concrete blocks arriving, with a chain of people passing them hand to hand from a huge stack on 16th Avenue around to the back of the theatre. There were now about 100 members. The audiences were increasing, as there were now better chairs and a heating system in place.

‘The Magistrate’, a play written by Arthur Wing Pinero in 1885, was performed for the then Prince and Princess of Wales. Tauranga Repertory Theatre decided to produce it nearly 100 years later to mark the occasion of Prince Charles and Princess Diana coming to Tauranga in April 1983, and members of the cast were invited to meet the couple at the opening of the Sir Miles Warren designed Baycourt complex.

The 16th Avenue Theatre Youth is a division of the main theatre, set up to bring the youth of Tauranga into all areas of theatre: performing, technical, directing, administrative, backstage and writing. The goal is to put on three events per year, with a musical production written locally, a ‘Greenroom’ production which has a ‘fringe’ feel, and workshops bringing in a diverse range of talented people from all over New Zealand.

The theatre now has a 150 seat capacity auditorium, with a Greenroom Bar and puts on four-six productions per year. It is available for fundraisers and charity events and has a range of costumes and props for hire.